Can we just talk about how much I love Ikea for a moment? I love the product variety and reasonable prices. I love the innovative thinking of the product designers. I love the crazy Swedish product names. I love their cinnamon rolls (and free coffee if you’re an Ikea Family Member, which you should be). Where else can you go for a combined dining and designing + showroom and shopping experience? Nowhere I tell you. Nowhere.

I returned home from Dallas via Frisco yesterday in order to stop by Ikea on the way out of town. I needed to pick up something for a client as well as pay a visit to my Swedish “family” and pick up a few treats for myself. It’s always a sweet, sweet reunion (partially because of my traditional cinnamon roll snack).

During this visit, I met this chair named Strandmon and I really wanted to take him home! He’s very handsome, super comfy, and comes in gray or orange linen or dark blue velvet… and is only $279!

Allow me to introduce you to my new crush, Mr. Strandmon Wing Chair.

Here’s a pic from Ikea’s inspiration gallery of Strandmon and a few of his buddies chillin with Isala (the cute little coffee table.)

Yep. I’m bumping two orange Strandmons to the top of my wishlist. I’ll come back for you someday, my dears!

If you live far away from an Ikea store as I do, you may find it helpful to know that Ikea’s website has great inspiration galleries for various room types. It’s the next best thing to visiting the showroom in person, as it helps to see how items can look within a certain context and a great way to get ideas on how to incorporate their products! Here are a few of my favorite Ikea inspiration pics:

How about those yellow Stockholm swivel chairs?! Super fun and funky and a great pop in this living space! View more products from this space here.

Who knew you could create a complete kitchen design including cabinets and countertops all at Ikea? It’s a one stop shop I tell you! View this image and find out item details here.

Last but not least, how about this cozy living room? What a great way to create a Pottery Barn type feel, but for a fraction of the cost! More details on this space, here.

I hope you enjoyed this little Ikeaspiration sampling. If you get a chance to go by a store soon, please give Strandmon my love. Thanks!

How about a little retail design therapy today? I just have to highlight this fabulous store the girls and I stumbled upon while perusing the Columbia Mall this past weekend: Altar’d State.

We were drawn in by the Anthropologie-like window display. The distressed wood, the array of drum and glass pendants… this was our kind of place!

Adorning the ceiling throughout the store was a sea of floating pallets sprinkled with various pendants and a stunning Arteriors chandelier in the center. (My image didn’t turn out well so this is a similar example from the Knoxville location.)

How about this dressing room?! I’m beginning to think the secret to ceiling success may all come down to pallets and pendants.

Behind the checkout counter was a mesmerizing lighted mosaic tile accent wall complete with more fun pendants raining down from the ceiling above.

The interior of the store wasn’t the only thing that was cute though. Their eclectic collection of ladies clothing, footwear, accessories, gifts and home decor were just as much fun as the store itself! At the top of my wardrobe “wish list”: this line up of cowgirl boots.

While Altar’d State’s style is similar to that of Anthropologie, the prices appeared to be alot friendlier in general. Even in the sale room the discounts were more significant.

If you live near one of their captivating boutiques, well then lucky you! I highly recommend going in for a unique shopping experience full of retail and retail design eye candy. The nearest one to me is still 3 hrs away, so until my next road trip, I’ll just be building my wish-list via web, here. 🙂

I’m back again! This time from an extended weekend out of town to Missouri. My husband and I helped move some of our best friends up to Columbia as they are pursuing higher education at Mizzou/Universty of Missouri. I’m so proud of them! (Selfishly though, I wish they didn’t have to move.  Don’t know what we’re going to do without them around here.)

I had never been to Columbia before, and I must say I kind of fell in love with the place! Not only was it beautiful, but there was zero humidity, zero bugs, and pleasant 70-80 degree temps in the middle of August. A refreshing change from Arkansas!

My favorite thing about the city though, was the historic university. We got to stroll around campus on our last evening there, and oh my goodness, the architecture of some of the buildings was so gorgeous it literally took my breath away. Here’s a few of my favorite Instagram shots from our walk taken by my lovely friend Laura:

We also took a walk downtown and stopped in the best little coffee shop and roastary, Lakota Coffee Co. I had the most delicious double shot Mocha on the recommendation of my friend Chris, who is pretty much the authority on good coffee.

I just loved the interior with the brick walls, original art and rustic furnishings! It felt cozy & collected.

Our walk took us even farther where we found the Columbia Public Library. The building itself was a piece of contemporary art! It was designed by Holzman Moss Bottino Architecture.

What a grand adventure it was and a special time with our friends. We will of course be visiting them as much as possible and I look forward to covering more ground together on our next trip!

During our vacay to Tybee Island, we got to take a day trip into Savannah and spend a little time in the oldest city in Georgia, established in 1733! What a charming city with such rich history.

We had the privilege of taking a trolley tour through the historic district, which was absolutely incredible.

What I loved about the layout of the historic district is that it’s made up of 20+ town squares, most revolving around a monument. The architecture of the homes and buildings surrounding each square reflected the style of the time period in which it was built, whether Colonial, Victorian, etc. It was like a little Spanish Moss-covered stroll through time.

(I really could not get enough of  the Spanish Moss. So graceful!)

The architecture was just beautiful. Whether intricately detailed, brightly colored, or weathered old brick – every structure was lovely in it’s own way an seemed to emanate yet another story from another time. Here are a few of my favorite shots from throughout the tour of structures, colors, and materials that struck me.

If you haven’t been to Savannah yet, I highly recommend taking a trip there!  There’s so much to do and see, so many little shops and restaurants. Here are two eateries I would highly recommend trying out while you’re in town:

For some of the best ice cream in the world (seriously) you must stop in “Leopold’s Ice Cream” for a tasty treat! Be sure to read the story of Leopold’s nearly 100 year family history. You may find the current owner inside, Mr. Stratton Leopold, as he is there regularly and loves visiting with his customers. Be sure to ask him about his fascinating second career as a movie producer, too! A few of the films he’s worked on include Mission Impossible 3, Captain America, and Paycheck. You can’t miss the displays inside full of original props and still shots from the films!

If you love southern food, go a little gourmet with Paula Deen’s “The Lady & Sons” restaurant. If you decide to dine there, I highly suggest making a reservation ahead of time, as our large party had a reservation for middle of the afternoon on a weekday and there were still 30 or so people waiting at a time. If you end up having to kill a little time, no worries, there’s of course a shop inside with tons of Paula gifts, goodies, and kitchen accessories!

And I only spent one day there. I would love to go back and spend more time, there’s no telling what all I left undiscovered. If you’re a Savannah local or have ever been to Savannah, what are some of your favorite/must see places? I’m making my list for when I return! 🙂

Hope you all had a great week! I returned yesterday from a week in Tybee Island, GA. What a wonderful family vacation! Just what we all needed.

While I’m getting caught up this week, I want to share images from my trip with you. Today let’s look at snap shots from the beautiful island, and later this week we’ll take a stroll through historic Savannah.

I got to do a little bit of everything I was hoping to. I think my favorite was just spending time by the water. The shore was mere steps from our beach house. You could just take the sand trail through the tall grass and bam, you’re there. What a dream!

Strolling to the beach with my lovely little sis to sip on some coffee and read.

We made friends with the seagulls. My dad and little brothers were the real “bird whisperers” and got them to eat right out of their hands.

My favorite feathered friends where the pelicans though. They were so beautiful! I got such a kick out of watching them dive straight into the ocean to catch fish, always flying in a perfectly spaced “V”, and standing in rows… so organized!

On our boat tour with with Crab Creek Charters (highly recommend!) we went right by Billy Currington’s house – had no idea he lived on Tybee! Not too shabby, Billy…

Another highlight of the boat tour was circling the beautiful old Cockspur Island Lighthouse that was built in 1837!

I just couldn’t get enough of the tall, wild grass. It was everywhere!

The sunsets were of course, breathtakingly beautiful.

As hard as it was to leave, it is good to be home, cause there’s no place like home. It’s definitely on my list of places to return to though… as soon as possible! 😉

I’ll be back in a couple days with photos from our trip into Savannah! 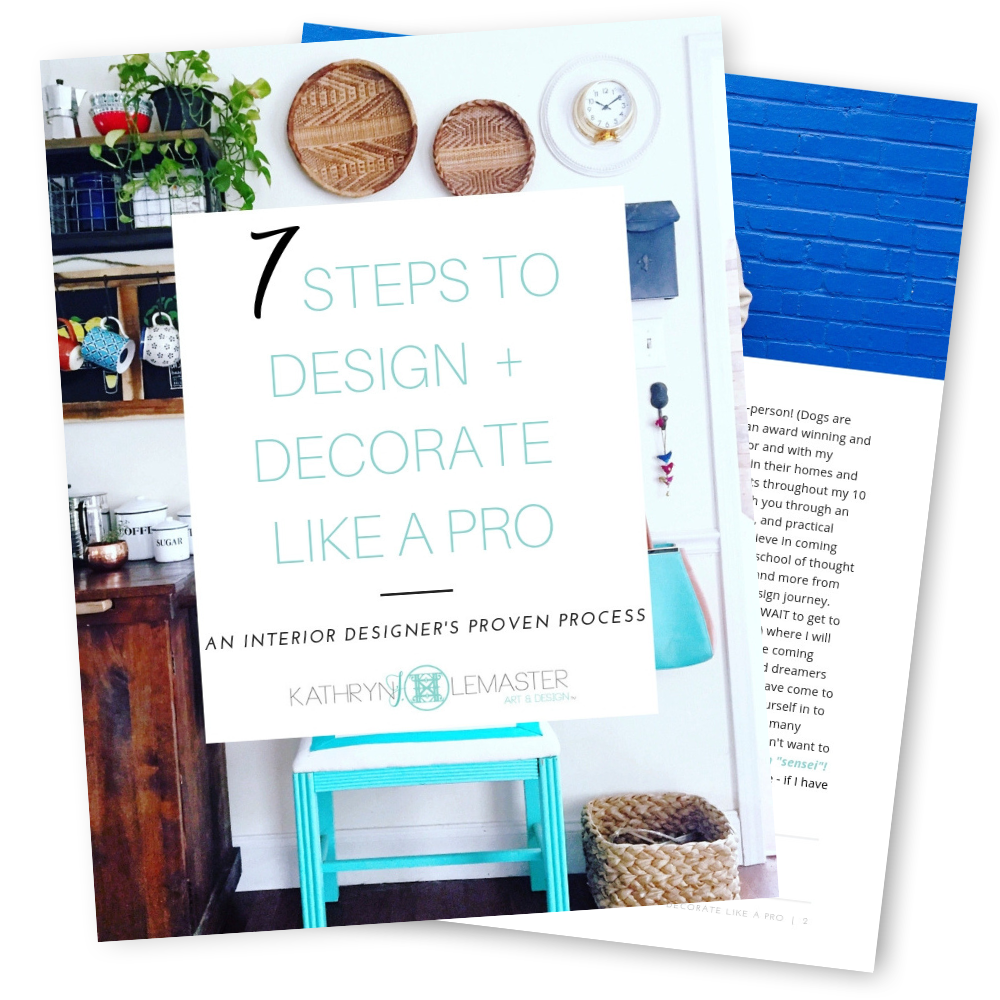 Join my e-party and receive a free copy of  my e-book “7 Steps to Design + Decorate like a Pro” as your party favor!